When Trey Hearn’s brother, Chris, told him about floating, it sounded like a great way to offset back pain. But the brothers, both Air Force veterans, soon discovered there were many other benefits.

“I walked out of there completely different than when I went in.” Using a darkened tank filled with skin-temperature water and hundreds of pounds of salt, floating creates a complete sensory deprivation environment—and it’s getting a fresh look from both brain researchers and the medical community these days.

​The latest spa trend has actually been around for more than 60 years, and focuses on mind-body wellness and the inner self.

These days, floatation therapy tanks can be found at spas and wellness centers around the country, and even as their own destination properties, like the newly opened Float Brothers Float Spa in Destin, FL.

Floatation therapy—also known as Restricted Environmental Stimulation Therapy and once called sensory deprivation therapy—focuses on the deliberate elimination of sensory stimuli to achieve extreme levels of relaxation and, potentially, a meditative state.

More than 30 years after the movie "Altered States" introduced Americans to the concept of sensory reduction, hundreds of "float centers" have begun opening up across the country. But while William Hurt's character slipped into an isolation tank to facilitate scientifically farfetched shape-shifting, real people are now flocking to float centers for pragmatic reasons: to enhance their physical and emotional health.

That was the goal of Gulf Coast resident Chris Hearn, who first heard about floating on his journey to find natural, proactive ways to get healthier. As someone new to meditation, he loved the idea of being free of outside stimuli - of coming as close as humanly possible to floating on a cloud. And the research he found indicated there are solid benefits to sensory reduction.

​​​​Come Float to a Healthier You!

On The Coast Magazine

"Coolest Place to Relax on the Emerald Coast"

Floating: The New Frontier in Physical and Emotional Health 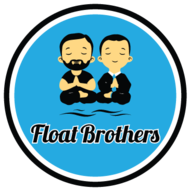 Military veterans and active duty personnel diagnosed with PTSD are eligible to float for free with this program.